When Delay can be Deadly

Available in Kindle and paperback (November 28): 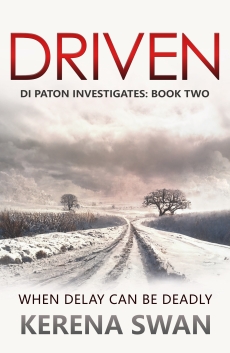 It was only for a couple of minutes, while dropping Noah off at nursery. Little did Melanie realise that leaving her sleeping son in the car would end up being the biggest regret of her life.

For teenager Woody, joyriding with his new friend helps alleviate the tedium of a life of poverty and boredom. This isn’t what he wants to do with his life but for now, he feels accepted. Except on this occasion, his actions have consequences that could change his life forever. Is it too late to turn his life around?

How far would you go to save those you love?

While DI Paton is on the case of the missing child, he is soon drawn into a web of deception that hits dangerously close to home. He quickly finds himself torn in two, not knowing which way to turn: save his career or his family? Will he be able to crack the case before he himself cracks?